The irony of all ironies happened the other day when I made what could be called a rookie mistake when it comes to buying American football yearbooks.

I was informed, by the website that I mainly buy American football magazines, that the latest issue of 'Beckett Football' had been released.

It was the first time I had heard about Beckett Football. I saw the cover and it had Trevor Lawrence on the cover noting that the number one draft pick of 2021 was 'The Jags' Man'. 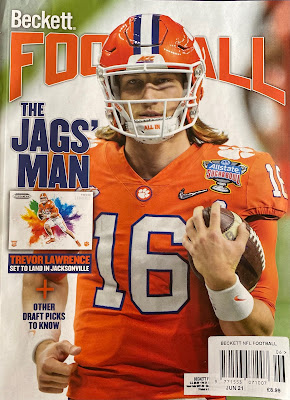 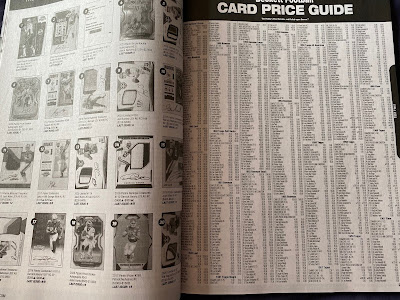 As soon as it arrived, I opened the package and leafed through the magazine.
I came across articles about football trading cards in the early pages. These were followed by directories of information about other cards.
The majority of the book looks like a telephone directory.
I looked up Beckett Football and found out that the company which publishes the title has been around since 1984 and specialises in sports trading cards and merchandise. I made a mistake with this purchase because I should have taken the time to read up about what Beckett Football is. Instead, I saw a football publication and just ordered immediately just to ensure I received a copy.
The moral of today's story is simple - DO YOUR RESEARCH.
Posted by David Taylor at 7:30 AM