The other day, I posted a picture of a Super Mario Bros. mug that I had for Easter. I followed that up a few days ago with a picture of an Ultimate Warrior birthday card I was given when I was younger.

I dusted it off on Easter Sunday and took a few snaps of it to post on here. 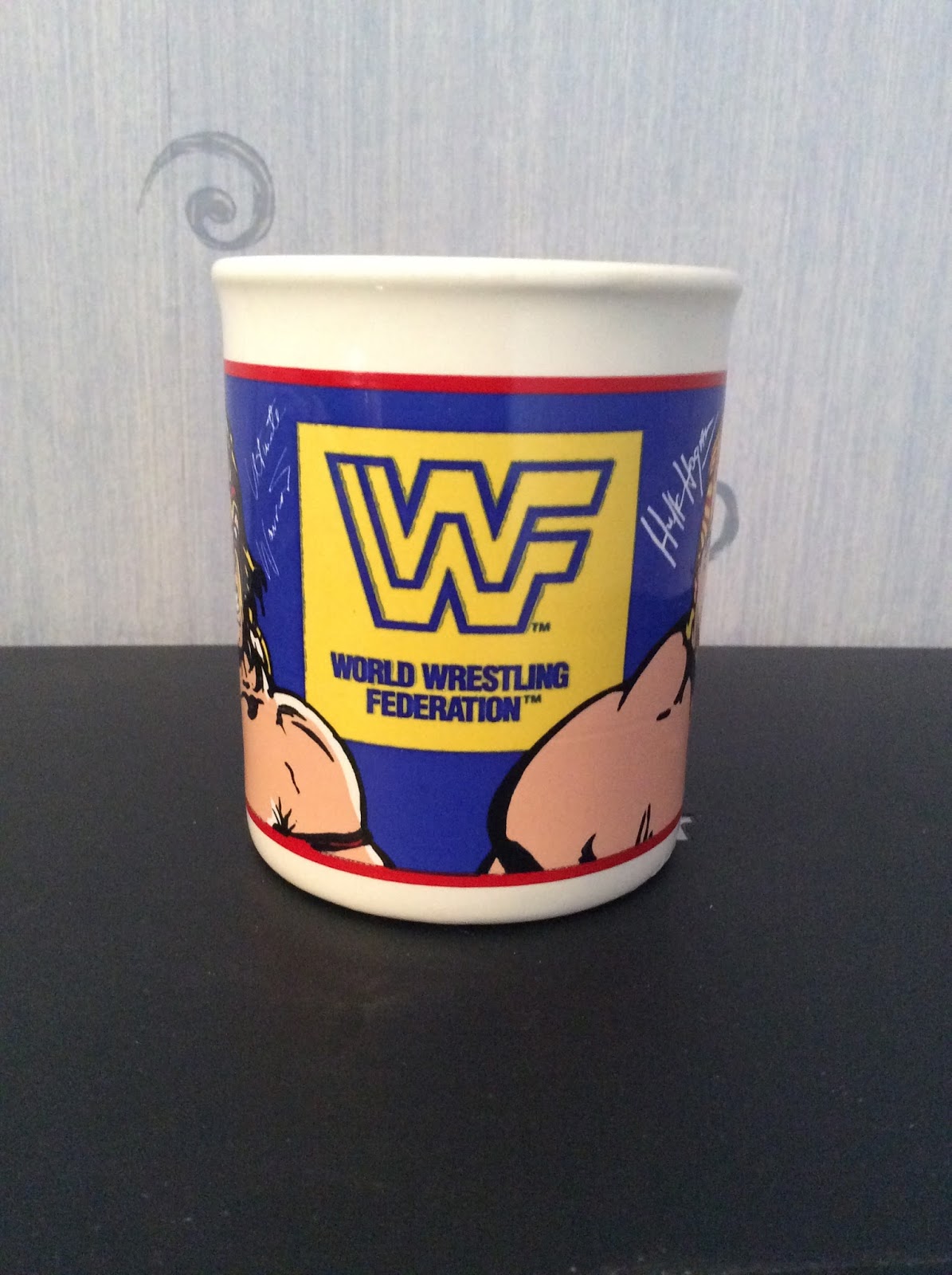 The above is what it looks like in the middle. You can see Hulk Hogan and Ultimate Warrior are on either side of the WWF logo. 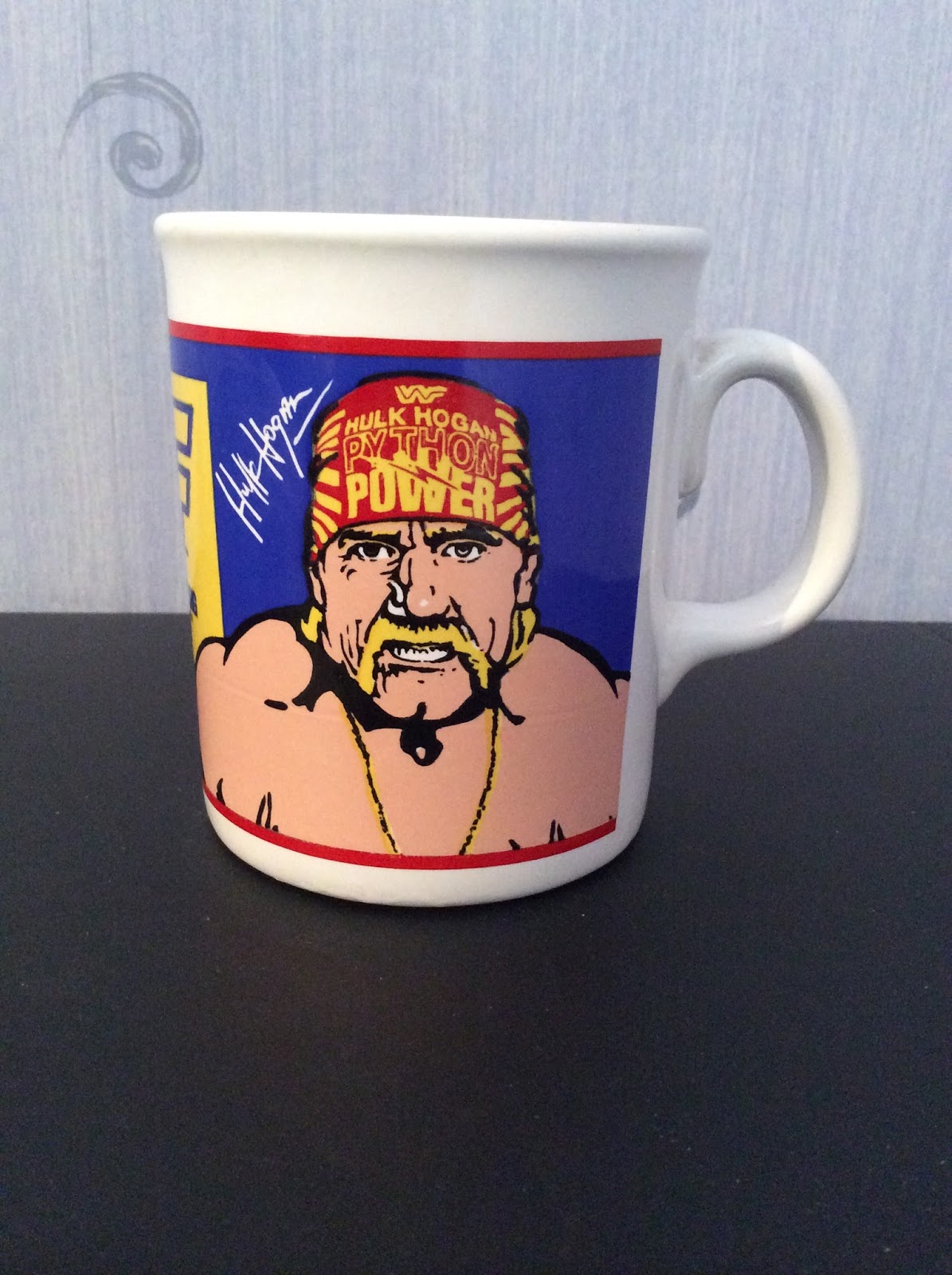 The reason why I am guessing the mug was from Easter 1992 is because the picture above reminds me of an image going around of Hulk Hogan draped in a US flag. I believe this picture was drawn using that image sans the flag.

The flag picture was in circulation in early-to-mid 1991 when Hogan was in the midst of being the All American hero during the time of the first Gulf War.

I know it couldn't have been produced in 1993 as Warrior was out of the company by then, with Hogan following shortly later so it has to be 1992ish.