As I have been a fan of WWF/E since the 1980s, I was for sure around for the debut episode of Raw in 1993. However, over here in the UK, we were only shown clips from episodes on the company's weekend shows because Raw didn't air on TV on these shores until 1995.

It used to be a ritual of mine to catch the show on its first UK airings. Initially, we would get it early on Friday evenings. Then I recall a time when it was moved to Friday nights and would be head-to-head with WCW Nitro to kind of replicate what would go on over in the US when the two shows would compete against each other four nights earlier.

By 2005, Raw would air live. It was on far too late for me. Plus, as I have constantly complained on here over the years: the commercial breaks on US TV are so overbearing. The only way I can watch the programme is on delay so I can fast forward through the ads. 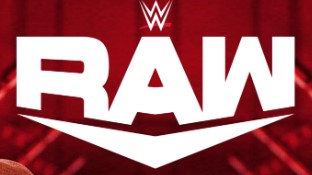 I bought myself a DVD recorder solely to record Raw back when it started airing live. I would watch it before work on a Tuesday morning. The recording and watching the following morning has progressed over the years. For quite some time, I'd have a cable box hooked up to my PC and Windows Media Center and I'd watch it there (I really do miss WMC). For the past few years, I've done it the way everyone else would record TV programmes: direct to the hard drive of their cable or satellite box.

The routine has adapted, but one thing has remained - I watch WWE Monday Night Raw every week.

Even though I've never watched it on a Monday.