The Batman Soundtrack Is Good

It's another post about music today because I have recently listened to the soundtrack album of the new The Batman movie.

I have yet to watch the film. However, I was browsing through Apple Music yesterday afternoon - while looking for something to listen to - and I came across the score.

It was really good. 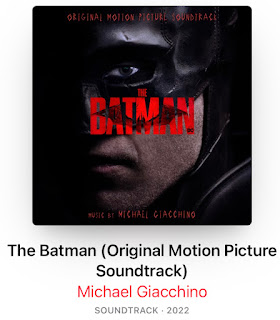 One of my favourite movie soundtrack CDs is the one for The Empire Strikes Back. I can't put my finger exactly on it, but I felt that The Batman's music was quite reminiscent of it. In a way.