I caught the most recent episode of Arrow yesterday.

It was the fourth part of the Crisis On Infinite Earths crossover which aired in the USA earlier this year and was the episode which seemingly killed off Oliver Queen AKA The Green Arrow.

When I first found out that Arrow was ending after eight seasons, I was gutted. It is a programme that I have watched religiously since it landed over here. I felt that I would be sad to see Oliver Queen's demise once it happened.

I didn't feel sorry to see him pass away. The reason why I think has to be attributed to everything that's going on in the real world.

That's the only good reason I can think of because I was sure that I would feel remorse when the day came.

Another factor could be due to the fact that there are still two more episodes of Arrow to tie up loose ends.

There's also one more part of Crisis On Infinite Earths to go.

Maybe my subconscious is holding out hope that there's somewhat of a swerve and this will end with the hero walking off into the sunset.. 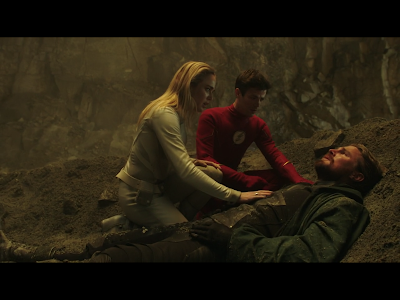