With the XFL relaunching in the upcoming weekend, I think it's about time to tell you about something I did in the background in late-2019. 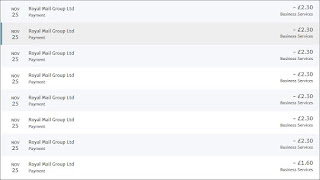 I wrote to all eight teams in the league and told them I was looking to be a fan from afar and asked each team why I should choose them to be MY team.

I explained that this was an idea I had read with Premier League football fans from other countries who have made the news by sending similar letters to the teams in the league.

Each team was also told that I would make my decision on this very blog on the day of the league's relaunch. Therefore, Saturday will be the day when I tell you which team sold themselves to me the best.

Keep a look out for Saturday's post.
Posted by David Taylor at 12:00 AM