That was the reaction I had when I found out - on Wednesday morning of this week - that Showtime had cancelled one of my favourite programmes: Ray Donovan. 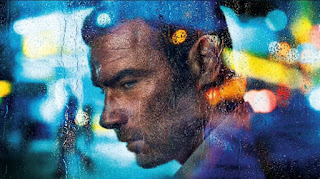 The series, about a Hollywood fixer from Boston - who ended up moving to New York recently - has been scrapped after seven seasons.

I'm unhappy that it has ended, but even more irked by the decision when I consider how the most recent season had an anticlimactic finish to it that led me to believe there, for sure, would be at least another run.

That's something I really dislike about American TV. They're so quick to pull the trigger and don't let stories reach a satisfying conclusion.

Ray Donovan, its writers, cast and crew deserved the opportunity to tie up the loose ends and conclude with a decent ending.
Posted by David Taylor at 12:00 AM