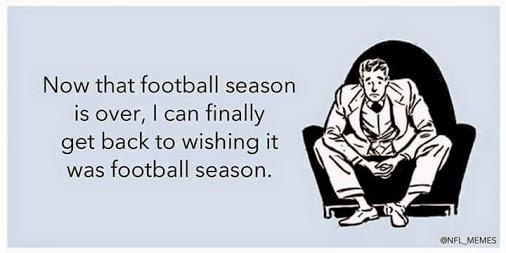 Remember last week when I noted that I was more than likely going to be clamouring for American football again? Well - last night was the night.

It always happens on the Sunday following the Super Bowl, but this year felt weirder.

It is really is the after-season blues.

I tried watching television but - apart for Ann Widdecombe doing a magic trick with budgies for five minutes and the final half of Moonraker - nothing could eleviate the boredom.

I'll end up settling back into a Sunday pattern soon. Hopefully without the aid of celebrity reality shows and James Bond.
Posted by David Taylor at 11:18 AM