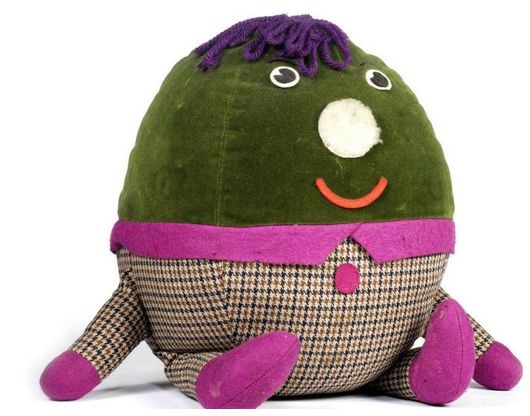 I was reading the news online yesterday when I came across the story of Humpty.

If you are younger than me, you probably won't know of Humpty. He was one of the dolls that appeared on BBC's Play School - the programme that ran from the sixties up to just as I was growing out of children's television.

The toy was in the news because one of the three originals were sold in an auction and went for an amazing £6,250.

The item had been expected to go for around £1200, so the people who had put it up for auction ended up surprised with the bidding on it.

Play School would have celebrated its fiftieth anniversary this year. That's probably one of the reasons why the toy ended up being a popular item.
Posted by David Taylor at 9:00 AM