In the latter part of 2013, one of the websites where I purchase American sweets and drinks from had giant Reese's Peanut Butter Cups for sale.

When I claim they were giant, I mean it. The image had one cup being held carefully in the palm of some one's hand. 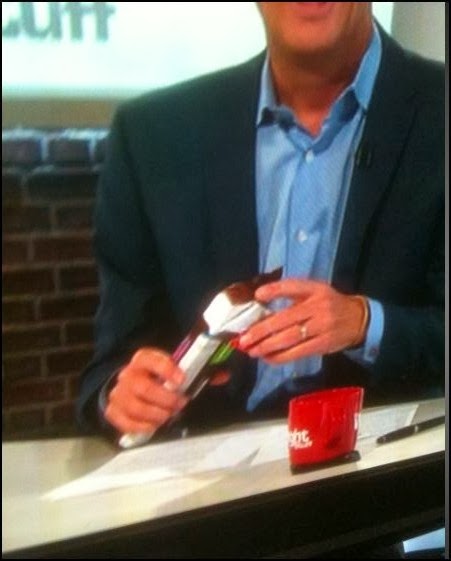 I did not buy one. I love Reese's products but purchasing giant cups would have been a step too far.

A week ago, I was watching The Wright Stuff on Channel 5 and the subject of a giant Snickers bar came up. The host - Matthew Wright - introduced the chocolate bar to the viewers.

I was as shocked as I was when I first saw the picture of a giant Reese's cup.

The picture to the right is a snap I took of the television as I paused it (my PC was turned off at the time so I couldn't record it to get a better image).

It shows just how big the novelty Snickers bar is.

And it has to be a novelty, right? Nobody would go out and buy one just because they felt peckish.

According to the show, the bar contains around 2,000 calories and fetches for £25.