Due to Christmas and the New Year, it has been a while since I last wrote about the daily fantasy football teams I have entered into competitions.

Here is an update starting with the squad I created for the Christmas Eve fixtures. 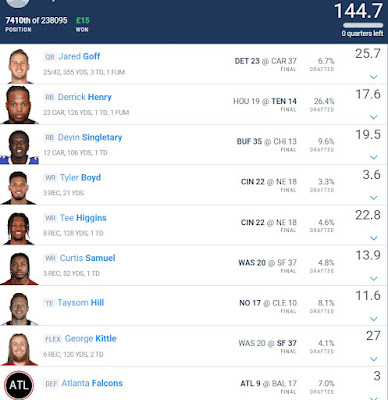 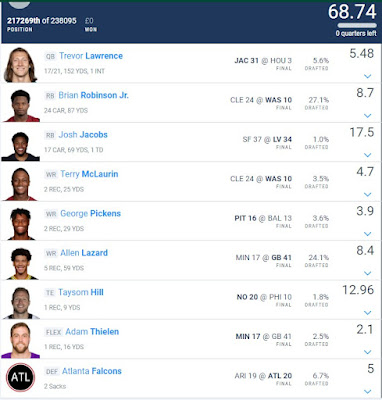 The score certainly wasn't enough to be anywhere near the payout zone. Looking at the information, it appears as though the teams which picked up at least 107.56 points came away with returns.
My team was positioned in 217,269th place out of 238,095 entries. I certainly was on the low end of that game, wasn't I?
Posted by David Taylor at 12:00 AM