A Bleak Outlook For Ramsay Street

When Channel 5 was bought by Viacom a few years ago, one of the first things which came to mind was 'How long until they stop airing the Australian soaps?'

I woke up to reports that Channel 5 and Freemantle - the company which distributes Neighbours - have reached an impasse. The deal between the channel and distributor ends over the summer and that is when Neighbours will go off the air.

You might trick yourself into thinking Neighbours could survive without Channel 5, or any British broadcaster, but you would be mistaken. It's well-known in the industry that Channel 5 is what is keeping the weekday serial alive.

That's why many are worried that the end is near for the thirty-seven year old soap opera. 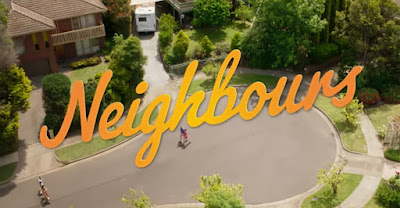 Neighbours has been a regular fixture at my home since the mid-1980's. However, I am the only person left in my family who still watches it.

It would be a shame, not just for me - but for everyone associated with the series whether they work on it or be fans of any level - if this programme ended its run.

Channel 5 claims that it is looking to invest in British-made programming and that's why the decision has been made.

Have you seen those programmes?!

It would not surprise me if Home and Away is the next show cut. That one will irk me the most because, of the two. Home and Away - in my opinion - is the G.O.A.T.

For now, I hope Neighbours can somehow be saved.