I saw the trailer for the new Star Wars TV series - The Book of Boba Fett - yesterday.

It's a spin-off from The Manadalorian and will pick up where the closing scenes of the second series ended. 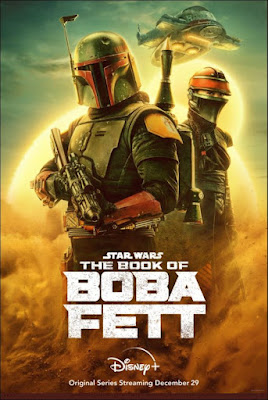 There's not much I can really say anything about the trailer. It looked exactly like what you would expect from something associated with The Mandalorian series: excellent effects and characters. They look just like original Star Wars movies.

But - on a better, clearer screen.

I'm confident the storylines will also be just as enjoyable as I found on its predecessor.

The first episode launches on December 29 on Disney Plus.