The Most Surprising WWE Release Since 1992

World Wrestling Entertainment has been on a firing spree of late. A couple of releases that were announced yesterday surprised me.

I was slightly taken back when I found out that Aleister Black was let go considering it looked like he was set for a re-push. He had been filming vignettes for the past few weeks and made a return to the ring almost a fortnight ago to interfere in the Intercontinental Championship match by costing Big E the win.

It obviously looked like Black was set to go on to feud with the former Intercontinental Champion over the summer.

That plan has evidently changed now that Black was released yesterday.

The biggest shock of yesterday's layoffs was Braun Strowman. 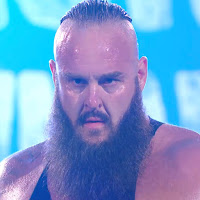 Strowman was brought up to the main roster a number of years ago. At the time, it looked like he was far too green to make it on the big stage. However, he went on to be one of the top guys on the main brand.
The guy was protected heavily by his employers. When I state that, I mean that he was hardly ever put in a position where he would look weak by losing. And that was only when he was going to take the L.
He won the Greatest Royal Rumble match in Saudi Arabia and was even the recipient of what I believe is fair to call a 'Pandemic Push' (I should copyright that one!) as Universal Champion last year when the Bill Goldberg versus Roman Reigns WrestleMania 36 match was pulled from the card after Reigns had to, if you pardon the pun, shield from Covid due to previous health issues.
Strowman went on to replace Reigns and defeated Goldberg for the strap. He remained champion throughout the period when WWE was filming television in front of no fans.
And now, a little over a year later, WWE has made the decision to let him go.
As I sit here typing this post, I am finding it hard to think of a firing that has shocked me as much as Strowman's did yesterday.
The one that first came to mind is the day Vince McMahon sacked The Ultimate Warrior and The British Bulldog in the autumn of 1992 - mere months after they were players in the top two promoted matches at that year's SummerSlam from Wembley Stadium.
Of course there's also Kurt Angle's firing in the mid-2000's, but - if you had been following the news about Angle at the time - it might not have been that much of a surprise.
Strowman's release - in my opinion - is arguably the biggest since 1992. And that says a lot considering how many releases there have been for some big, and minor, names over the years. 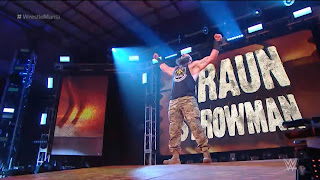 There is a lot of speculation circulating as to why WWE is letting go of some of its employees. The consensus is siding with the belief that WWE is potentially going to be sold off and there is balancing of the books going on right now.
Strowman was one of the top paid wrestlers in the company. However, he wasn't THE top, which likely put the target on his back when it came to choosing a highly-paid talent to offload.
We won't know for sure if that is why he was let go. Time might have to teach us that one.
Posted by David Taylor at 11:11 AM