On a Tuesday - or Wednesday -  before the football leagues begin their respective seasons, I publish a post in which I write about the season handicap bets I have placed using a method I have adopted. I'm still doing it this year. However, I've had to make a few adjustments this time.

What I usually do is purchase the Racing and Football Outlook newspaper and make note of the projected league standings.

I then put the teams in order on a spreadsheet, give them the handicap points that the bookie has given them and then add the 'average points per position' which is the average number of points teams in respective league positions have achieved over the years. For example, the team that has finished second in the Premier League has done so with an average of eighty-three points. So, those eighty-three points are added to the handicap.

Once all the numbers are added up, I sort the spreadsheet to create my own handicap league table and then have a bet on the team (or teams) at the top of each league.

I thought the previews would be in this week's issue of the Racing and Football Outlook. Unfortunately, they aren't. This means that I've had to make a new approach for this year.

Instead of doing all the guides in one issue, in 2020 the paper has covered one league a week. It ended last week with the Premier League.

I was able to find the guide for League 1, so I have been able to use the RFO projections for that league. As for the others - well, there was little else I could do but take a look at the regular outright markets and then place the average position points next to the teams in order of how the bookies see the season ending.

I suppose I made the best out of a bad situation for this year. Hopefully, things will be back to normal next year. Or - failing that - I'll make more of an effort to keep track of the release of weekly guides.

For what it's worth, here are the picks for the four leagues.

All of the tables can be viewed below. Good luck if you're betting this year, but remember - I only do these bets for fun. 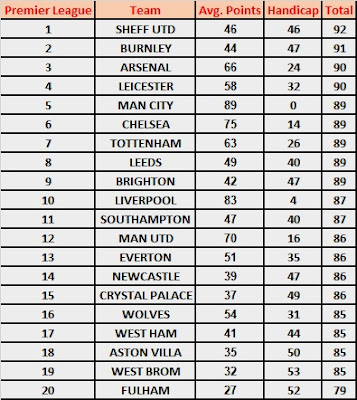 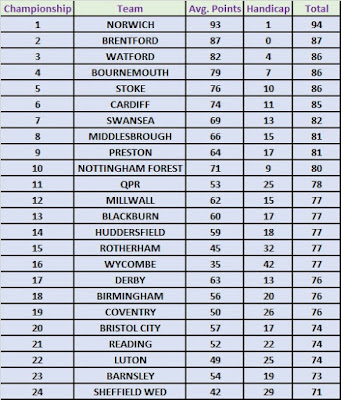 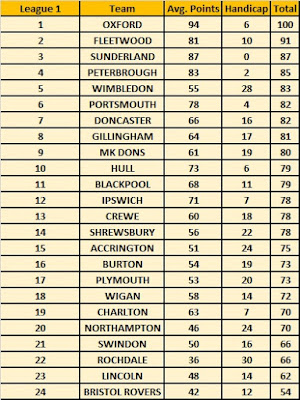 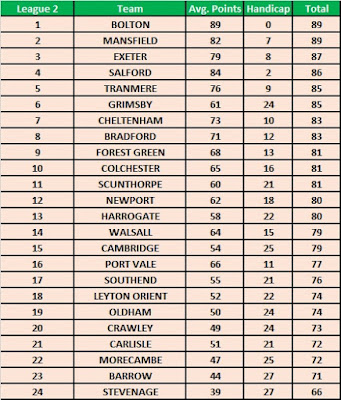