The company has renewed its relationship with the USA Network to continue airing Monday Night Raw. According to reports, the renewal is three times as much as they paid the last time the show was available to networks.

The USA Network didn't agree to retain Smackdown. Instead, the show will move over to Fox in what is a great deal for WWE as it's a five-year contract that will bring in one billion dollars.

As the title states - crazy money.

Just look at how this news has affected WWE's stock price in the past week. 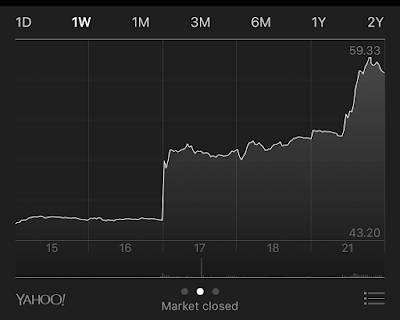