One of the many memories I have from my childhood is being given a chocolate from my mother.

It wasn't just any old chocolate.

This was something special bought from a department store and it was shaped like an elephant. I always remember taking the first bite and being amazed at what I had just eaten.

This was posh chocolate. The department store we bought it from had many kinds of chocolate from across Europe and the rest of the world. To us, they were special treats that we only had now and again from this particular specialist shop.

I really cannot describe exactly what it felt like, other than to say it was glorious.

Every now and again, my mother would treat us to one of these chocolate elephants each. It would get to the point where I'd take smaller bites just so I would enjoy it more.

And then they were no more. Or so I thought.

This would have been in the late-1980's. For some reason, the shop stopped selling them and I never thought about the chocolates again for many, many years.

The other day, the Suchard elephants crossed my mind again. I decided to look into it and went on an Internet expedition to come across what I believed to be the extinct elephants.

The good news - the elephants are still around.

During my hunt, I came across chocolate elephants produced by a chocolate company called Cote d'Or. They're called Bouchee and looked kind of how my childhood memory recalled.

I had to buy some.

Just to see if I had found one of my childhood favourites.

On Amazon, I managed to find an eight pack of Bouchee chocolate elephants for £10.99. I bought them and they arrived.

I opened up the box and they were individually wrapped, just like the 'Suchard Elephants' I remembered as a child only this time the wrapping was a lot tighter than I recalled. 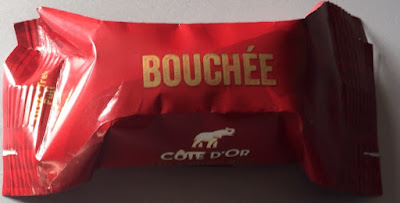 In fact, the wrapping was definitely not as I remembered, but I continued by opening it up to reveal the chocolate. 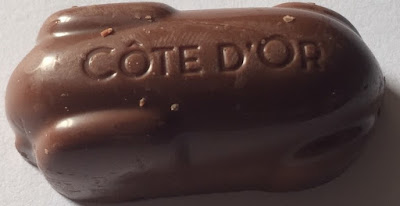 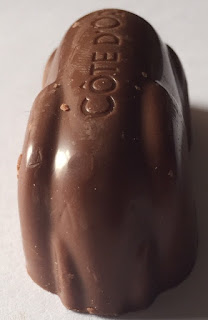 Another thing that made me question whether I had purchased the right product is the size. These chocolates in 2019 are very small in contrast to my memory of them from the 1980's.

With that said, the shape of the elephant is just like I remembered them to be despite how they appear smaller.

The proof, as they say, is in the eating of the chocolate elephant. I took a bite.

They slightly tasted like I had remembered. The inside was not as 'thick' as I remembered but I could see how - with them now being smaller and with adjustments of recipe over the years - that these are indeed what I had as a child albeit with all the changes.

I don't regret seeking them out to try again, but if I said I was not slightly disappointed with my find, I would be lying.

This was definitely a case of 'They Don't Make Them Like They Used To' if ever I saw it.

Buy Cote d'Or Bouchee From Amazon UK
Posted by David Taylor at 9:00 AM