There has been an outpouring of respect shown to Bruno Sammartino who passed away yesterday at the age of eighty-two.

I wrote about him in yesterday's post. However, in today's post, I thought I'd put up a few things that I've seen online since the news broke.

First, here's something that Madison Square Garden did for Sammartino overnight: 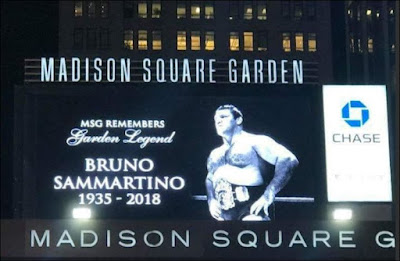 MSG not only celebrated Bruno with the video tribute outside the building. It also post the following on Twitter: 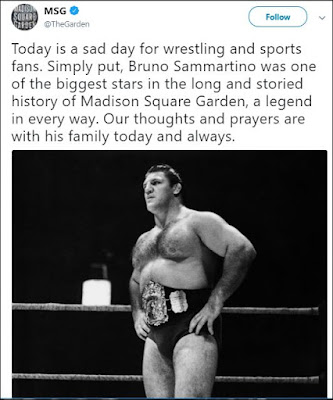 The Mayor of Pittsburgh (Bruno's home) left a statement on the city's website. You can click on the image to expand it:

Not only did the Mayor of the City post a tribute. Some of the sports franchises did as well. 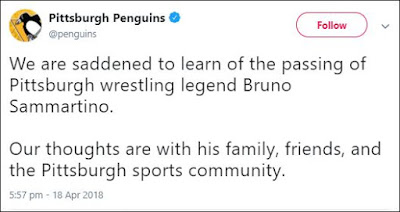 The Pittsburgh Steelers' general manager, Kevin Colbert, also made a statement on the passing: 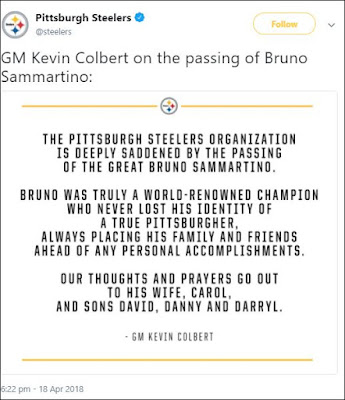 Arnold Schwarzenegger, who was good friends with Sammartino: 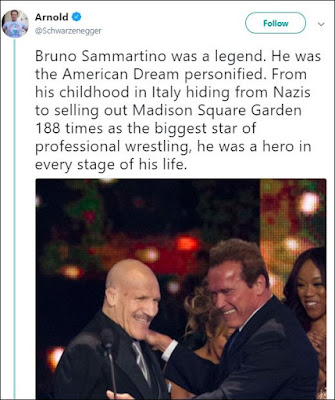 I've purposely chosen respect from people and organisations outside of the wrestling business up until now. I thought I'd share the final two. 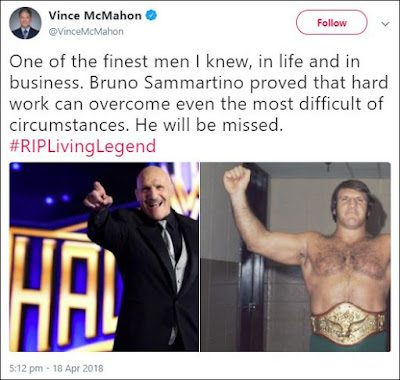 I wrote about the animosity that had existed between McMahon and Sammartino in my tribute to Sammartino yesterday. In the same post, I mentioned that - if it wasn't for Triple H being a peacemaker - it was unlikely that Sammartino would have had his final bow at Madison Square Garden when he was inducted into the WWE Hall of Fame in April of 2013. 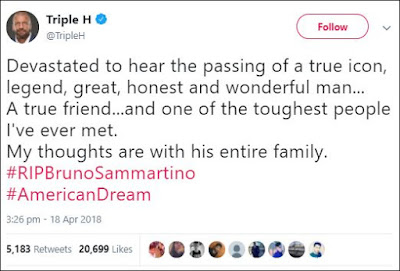