With the new Star Wars film on the horizon, it comes as no surprise to see a batch of merchandising opportunities opening up.

We've all either seen or heard about the new range of toys based on the upcoming film. But, have you seen this? 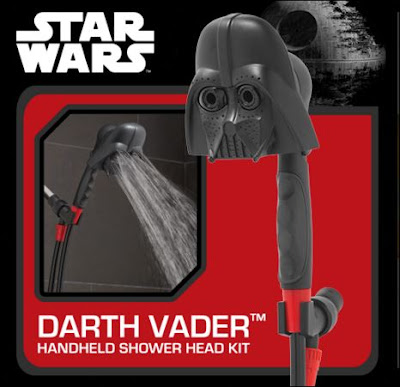 Yes, this is a real item that you can buy.

A Darth Vader Shower Head Kit. What kind of a person thinks this sort of thing up?

Not hating on it. It's just one of the most random tie-in I have ever seen. Unfortunately, Darth Vader isn't in the new film. You'll have to try and find a Kylo Ren shower head instead.

From viewing the trailers, I know Kylo Ren worships Vader's burnt helmet in The Force Awakens. Maybe he owns one of these.