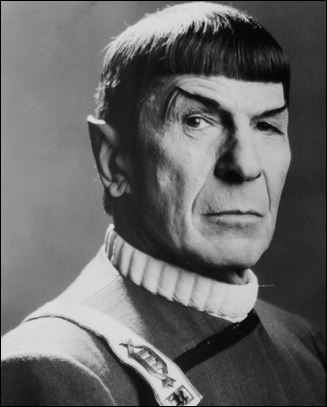 In a peculiar coincidence, I was reminded of the final scenes of Star Trek II where Mr. Spock died a number of weeks ago after Lanny Poffo quoted part of it in a number of interviews I heard him do after it was announced his brother - 'Macho Man' Randy Savage - was being inducted into the WWE Hall of Fame.

As soon as I heard the news of Leonard Nimoy's passing yesterday, there was only one Mr. Spock quote that I thought worthy and appropriate for today's post.