'Grange Hill' is trending on Twitter, as I am writing this post, so I had a look to see why.

It appears as though there are clips of Lionel Blair being introduced on episodes of Give Us A Clue doing the rounds and, as he enters the studio, the Grange Hill theme is playing. 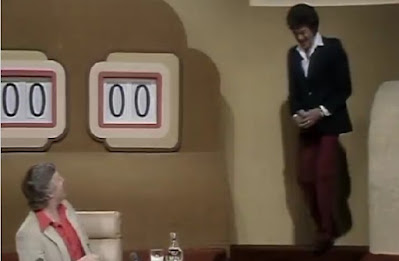 There's a story to that.

I had forgotten all about it, but it very much is true.

For some very odd reason, the Grange Hill theme was also the tune to Give US A Clue. It is notable because both shows were on opposing TV channels.

I was very young when this was going on, so I didn't think anything of it. It has only been within the past few years, when catching up on old episodes of the miming game show, that I recalled it shared the same theme as what was then one of my favourite children's television programmes.

For those interested in looking into it - the theme was composed by Alan Hawkshaw in the mid-1970s. Its title is 'Chicken Man'.