It's almost 11AM on Thursday 17th November 2023 as I begin to write this post. I'm a little less than an hour removed from learning that Neighbours is making a comeback and I do not know how to feel.

On one hand, I am VERY surprised. After all, it was just last week when I pointed out that I had seen a lot of tweets on Twitter campaigning for the return of the Australian soap opera which ended its thirty-seven year run over the summer. My tone of the post went like this - give up, it ended on a high.

And it did end on a high.

But, it's now coming back.

It was revealed this morning that Amazon has saved it. 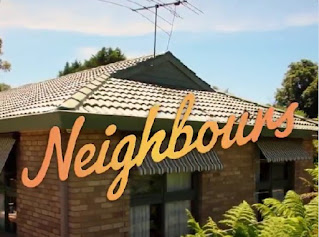 The programme will relaunch next year on Amazon Freevee here in the UK and the US and will also be on Amazon Prime in other countries like Australia.

As well as the new series, there will be old episodes available to view on the streaming platform.

I am obviously excited. Somewhat. I still feel that the way the series ended was perfect.

There's also the concern I have that most of the cast would have moved onto other jobs since filming wrapped earlier this year.

A positive about today's announcement is it was relayed by the four major stars of the programme with Jackie Woodburne (Susan Kennedy), Alan Fletcher (Karl Kennedy), Toadfish (Ryan Moloney) and Stefan Dennis (Paul Robinson) all confirming their returns for 2023.