It has almost been two days since Channel 5 aired the finale episode of Neighbours and - as I have been writing about the Australian soap for a week - I thought I would use day seven to write about some of the other things I enjoyed about the closing instalment. 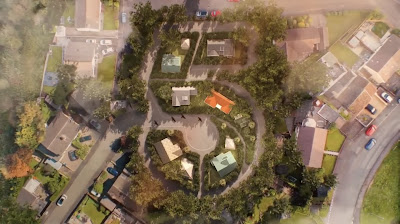 I covered the returns of Charlene Robinson, Scott Robinson and Mike Young in yesterday's post, so - for today - I'll like to concentrate on other highlights from the episode. Before I do, though, I want to repeat once again: Guy Pearce's return as Mike was the best part of the final two episodes. 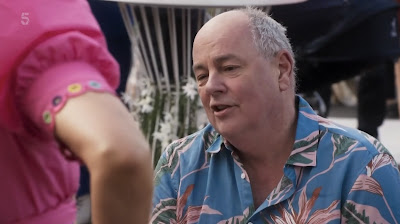 While Susan was doing her closing monologue, I was surprised to see Phil Martin at the street party. I had no idea Ian Rawlings, who was a regular in the series from 1992 to 1999, was coming back.

As soon as I saw him, I couldn't help but laugh. The reason why is because, maybe this is ironic, one of my neighbours looked like Philp Martin back in the '90s. I'm happy to report that they STILL look similar!

It wasn't just Philip Martin's appearance which surprised me. 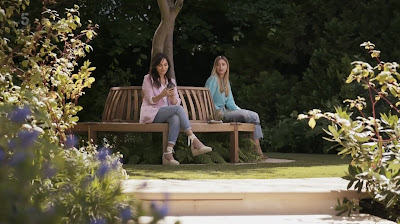 Earlier in the episode we witnessed the returns of Natalie Imbruglia, Holly Valance, Margot Robbie and a plethora of other actors. However, it was the unlikely returns of certain characters which made it all the more of a viewing spectacle.

As Susan spoke about Ramsay Street, but more specifically - characters who couldn't come back, the camera panned to a few former regulars that passed away in the soap's storylines over its history. This gave the actors who played them the opportunity to appear in the final scenes as ghosts.

We once again got to see Madge Bishop (Anne Charleston) back together with her husband - Harold - for one last time. Sitting at the table, also as a ghost/image in Susan's mind, was Doug Willis (Jason Donovan's real-life dad, Terence, who was in the show for four years between 1990 and 1994, but made sporadic appearances after that).

Madge and Doug weren't the only ghostly returnees. 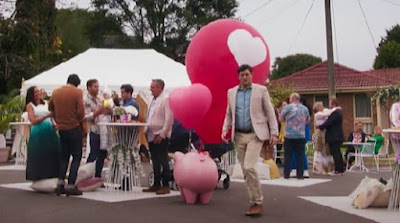 Susan mentioned characters who were 'just lost' and then popped up her nemesis, Finn Kelly, who was killed off in 2020, but returned a year later in scenes in which saw Susan still haunted by the baddie.

Sonya Rebecchi, who passed away from ovarian cancer in heartbreaking scenes in 2019, was reunited with her son, Callum, and daughter, Nell in the sequence. 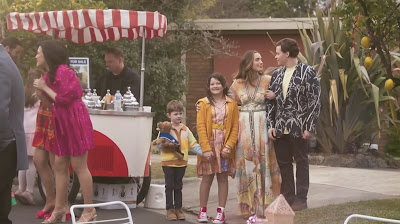 There was also a comeback by Hendrix Grayson, played by Benny Turland, who was written out a little over a month ago. 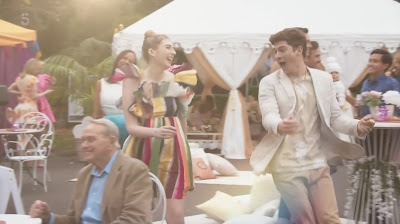 Hendrix will go down in Neighbours trivia as the last character to die in the soap's history.

Following Susan's speech, the episode eventually faded out with Susan and Karl Kennedy as the last characters we'll see on screen. The credits fittingly had other pictures from the soap's history starting with Helen Daniels (Anne Haddy) and her son-in-law, Jim Robinson (Alan Dale), who were the main two characters in the programme's early years. 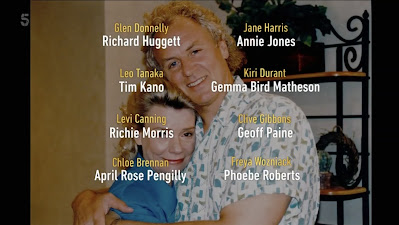 Once the credits, and theme song - which was a medley of all of the songs that have been used over the years - had ended, the final thing shown was a thank you message to the fans. 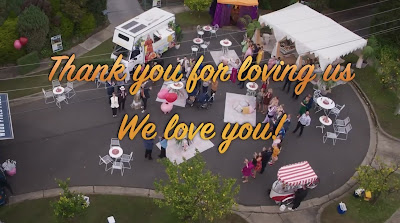 And that was it.

Home and Away will now move into Neighbours' slot on the TV schedules here in the UK. That means my own schedule will change slightly after Neighbours. I might even revert back to watching Home and Away's premiere episode a day before it lands on Channel 5.

All this talk about 'schedules' made me think back to the days of Neighbours on BBC 1.

My life, back then, went by the 'After Neighbours' schedule. Everything seemed to happen once it was 6PM.

Homework, baths, showers, getting ready for cubs, scouts, youth clubs, nightclubs, or simply hanging out with friends. All those things were done... After Neighbours.