I was surprised to find out that a Ray Donovan TV movie has been produced. 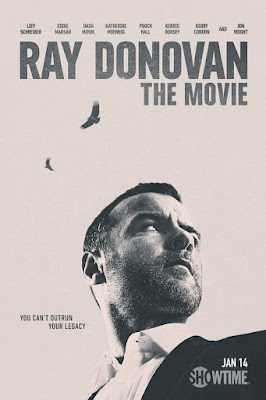 The film aired on US TV in January. I have been trying to find out whether it has been on television over here in the UK yet, but have not found anything to indicate that it has.
Even if it hasn't, I am also struggling to find out if it ever will make our screens.
I was disappointed when the series was cancelled by Showtime in the US a couple of years ago. What turned out to be the final season ended on a cliffhanger because the production team likely thought that it wouldn't be cancelled.
It now looks like the story will get a fitting denouement. I hope.
Posted by David Taylor at 11:59 PM