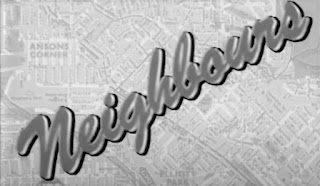 A few weeks ago, it was revealed that the Australian soap opera was close to its end following the decision by British broadcaster - Channel 5 - to stop airing the show. Due to the channel being one of the major investors in the series, it meant that new money - by way of a new broadcast partner in the UK - would have been needed to save it.

Freemantle - the production company which owns Neighbours - appears to have exhausted all potential avenues of a save. The company has recently announced that filming will cease over the summer.

Neighbours was a part of my childhood. It was part of many of my generation's childhood. It has also been a part of my routine over the last few years since I started watching it again since it became a Channel 5 stablemate with Home and Away.

I'm sure to write more about the end of Neighbours near to the time of its demise.