The supermarket, Aldi, has been selling breakfast cereal that is very similar to one of my favourite cereals from America - Reese's Puffs.

They are balls with two flavours - one of chocolate and the other is peanut butter. They are lovely.

Anyway, I usually get them around July 4th and they're usually in a box with stars and stripes on them. I believe they're branded 'Taste of America'. However - the box I bought yesterday now has a close resemblance to the Reese's cereal.

Here are the comparisons of both packaging: 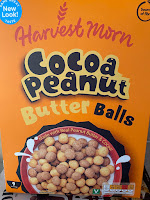 As I stated above, they taste so similar to each other. I would go so far as to say that, if I were blindfolded and had to taste a sample from two different bowls, I would not know which was which. 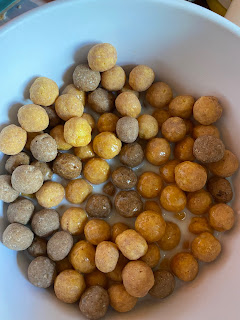