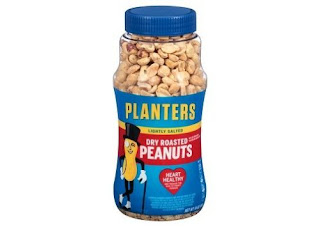 In the 'Only In America' file, I read that Planters Peanuts has announced that its mascot - Mr Peanut - has died at the ripe old age of 104.

Yes, I am being serious.

This is all an advertising campaign as the plan is to hold his service - in a commercial - during the Super Bowl on Sunday.

It sure is a nutty idea.

My gut tells me this won't last and the company will end up finding a way to resurrect the character sometime in the future.

The character was first created in 1916 by a schoolboy named Antonio Gentile who won a contest to create a mascot for the brand.
Posted by David Taylor at 12:00 AM