Do We Now Know The SummerSlam 2014 Main Event?

The planned main event for this year's SummerSlam was originally going to have Daniel Bryan defend the WWE World Heavyweight Championship against Brock Lesnar. As we all know, Bryan had to relinquish the belt a number of weeks ago as his rehabilitation following neck surgery hasn't been as rapid as was initially estimated.

Instead, the winner of a ladder match at tomorrow night's Money in the Bank pay-per-view will win the currently vacant WWE World Heavyweight Title and will more than likely head into August's event to take on Lesnar's challenge.

Could that winner be John Cena? A poster that showed up on Amazon.com on Wednesday might have your answer: 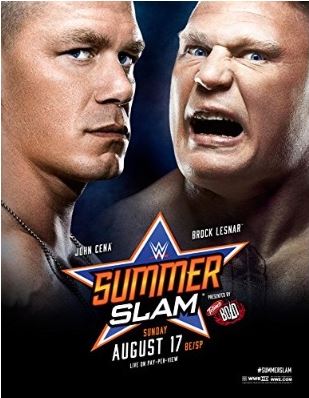 The above cover appeared on the page where you can preorder the SummerSlam 2014 Blu-ray.

There's no point looking at that link now, though. The cover art was changed within hours to this: 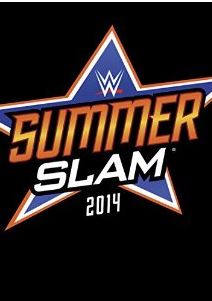 To be honest, out of the group of names in Sunday's main event, I'd rather see John Cena walk out as champion.

And before you start blasting me for being a John Cena supporter (I am, but that's beside the point I am about to make), consider this.

If the winner of this weekend's title match is going on to SummerSlam to lose the belt to Brock Lesnar, why bother putting it on somebody new knowing what the end result is leading to?

It won't benefit Roman Reigns or Bray Wyatt. The storyline could suit Cesaro, but even then they'll be cutting his legs out from under him and it might do more harm than good having him win the belt, turn babyface on Paul Heyman and then lose to The Beast.

Also, remember when Brock came back two years ago? Who did he fight in his first match back? Better yet - who did he lose to?

Lesnar can get his win back this way, paving the way for a rubber match further on down the road.

Count me in the 'I am okay with this road to SummerSlam' group.