I Taste A Turkey Twizzler (Or Do I?)

Yesterday evening, I did something I had never done before.

I ate my first Turkey Twizzler.

I remember all the fuss that was caused by Jamie Oliver when he forced the Government to pull Turkey Twizzlers from school menus. At the time, I had no idea what they were. This was mainly because - back in my day - the school I attended never had them on the menu.

With that said, I only had school dinners until I left primary school. They could very well have been a part of the high school offering.

Anyway, while doing an online shop the other day, I was introduced to limited edition American cheeseburger flavoured Turkey Twizzlers.

Slap on a 'Limited Edition' on something and you're certain to grab my attention. 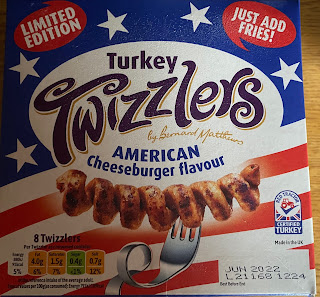 The box also tells its consumer to 'Just Add Fries!' 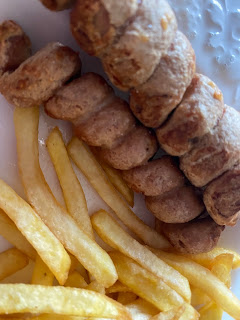 After trying them, I concluded that maybe I should have started with an original Turkey Twizzler. Just so I knew what the difference is between that and the 'American Cheeseburger' variety.

Have I really tried a Turkey Twizzler without having tried an original?

Does it even matter?!