I bought the most recent issue of Asda's Criss Cross (or Kriss Kross in other circles) puzzle magazine and had a look through it while sitting out in the sun. Near the end of the mag, I came across a Neighbours themed puzzle and decided I would have a go at it.

Here is what it looked like beforehand. I will time myself to see how well - or poorly! - I do. The result will be found underneath the first picture. 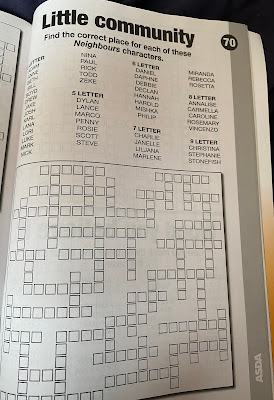 It took me twenty-one minutes and fourteen seconds. Not bad considering the later puzzles are meant to be harder than those at the front (or so I'm led to believe!). 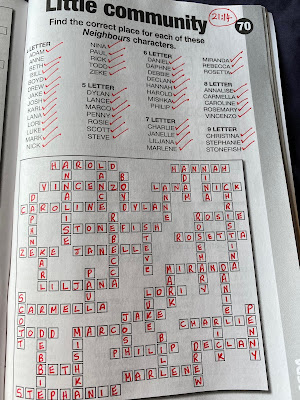 When I was filling in the puzzle, I noticed that there are a few Neighbours characters that I didn't know. These people would have been in it either before I started watching, in the first couple of years, or must have been in it in the huge gap I took off from watching it in the early-2000s.
I've highlighted all the names I do remember and left those that I've ever never seen or forgotten. 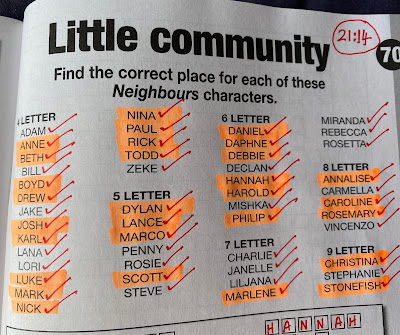 If only they had a Home and Away version!
Posted by David Taylor at 7:00 AM