In what has been a tradition here at equinoxx.info since 2011, I've published an annual post where I write about the football league handicap bets that I've placed ahead of the upoming season.

I'm back with yet another edition.

For those who are new to season handicap betting, I recommend viewing this post. It should help get your head around it.

As for my betting - I have a couple of different methods I use to predict which team will win these markets.

Before You Read On
I think it's important to state that these markets are a crapshoot and what I do here each year is for fun. I very rarely win. I do these bets just to have something to follow along during the year. With that said, the 2017/18 season was a profitable one. You can read about it in this post.


League 2
The guide predicts that Lincoln City will win League 2. The average amount of points that the winners of League 2 have generated is ninety.

You can view how I have interpreted the newspaper's predictions for the entire league in the table below. It ends with Yeovil finishing in twenty-fourth place. 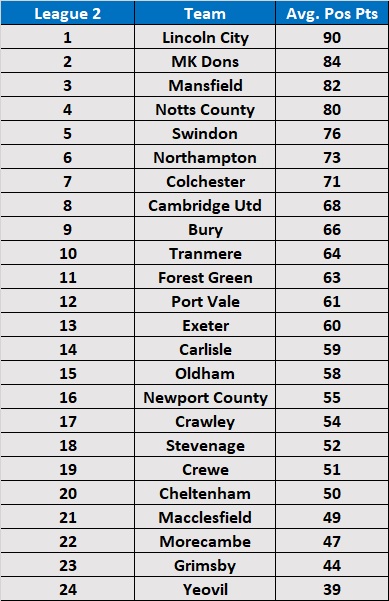 After creating this table, I added each teams' handicap points to the position average points to work out which team my system would recommend betting on. The results can be found below. 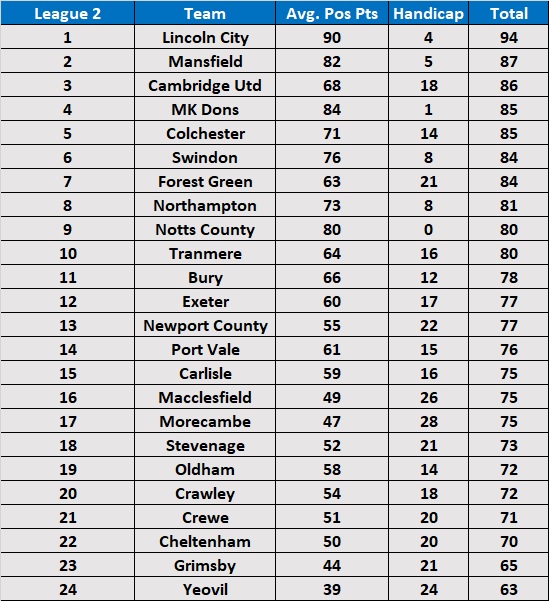 As you can see, it too recommends a punt on Lincoln City as it has a four-point head-start.

League 1
I followed League 2 with League 1. The newspaper has Bradford winning this division and the predicted average points to finish first here is ninety-four. 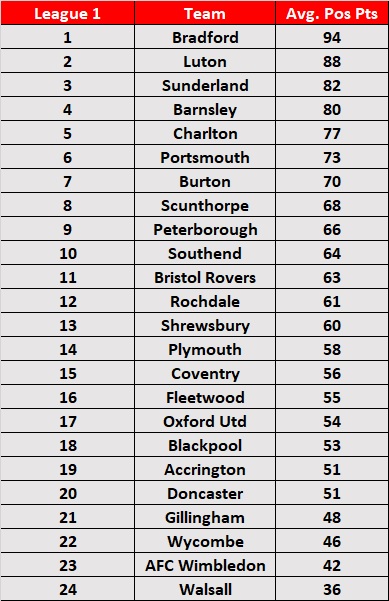 After applying the handicap points to the average position points, the spreadsheet once again suggested to bet on the team that the newspaper has to win the league outright. Bradford has been given seventeen points before a ball has been kicked. This gives an estimated total of 111 points with both league points and handicap points are applied. 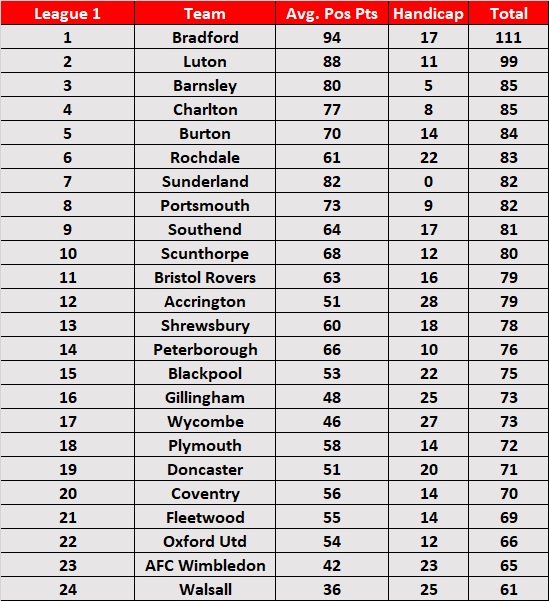 Championship
West Bromwich Albion will win the Championship, if the newspaper's guide is correct. My table has them winning with ninety-three points. 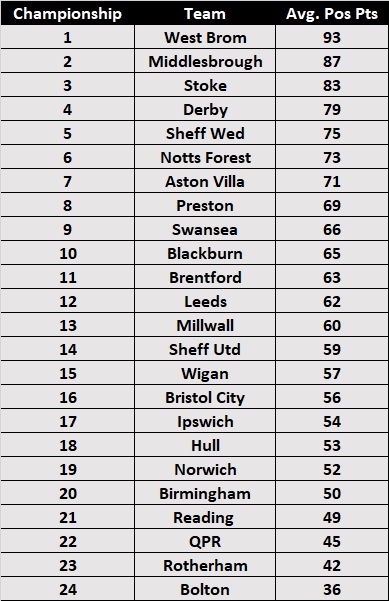 Once again, the handicap table has the same team on top of both the predicted table. West Brom has a four-point head-start in the handicap market. When applied to the average season points, WBA has ninety-seven. 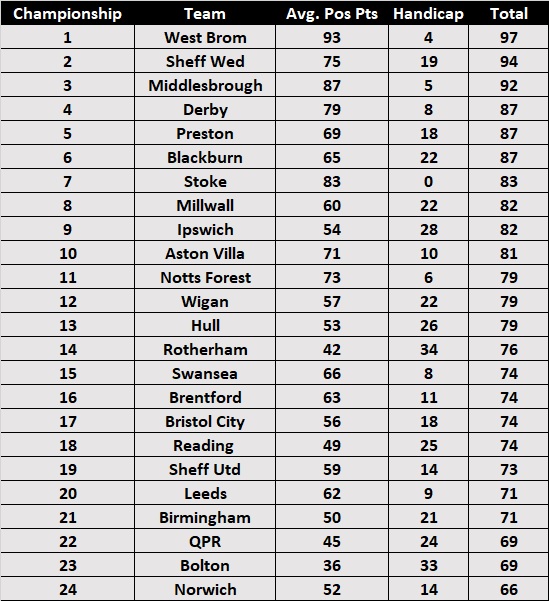 Premier League
After ranking the Premier League teams in order of how they appear on antepost markets, the forecast has Manchester City winning with 88 points. In my opinion, this is far too low a number considering how well the team performed last year with 100 points. 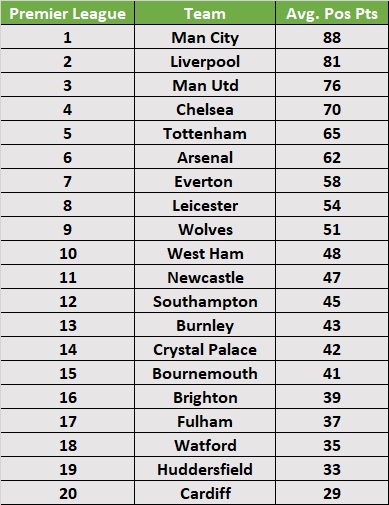 After applying the season handicap points, the predicted table has Manchester City and Everton tied in first with eighty-eight points each. 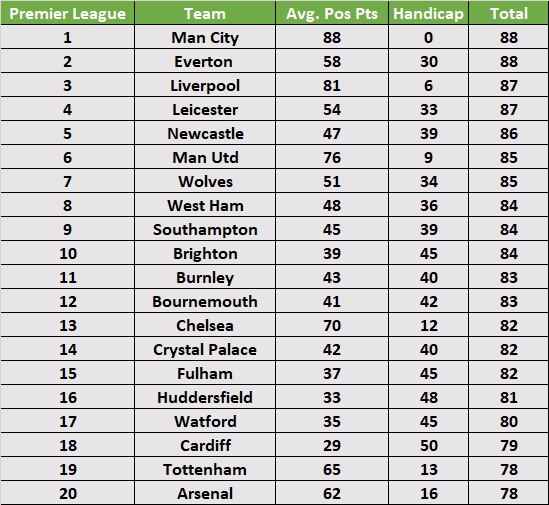 My Bets
Now that I've created these tables, and done all the working out, I've opted to go with the following selections with each-way bets.

I'm also planning to back Cardiff City +50 (the team finished second in the Championship).
Posted by David Taylor at 11:59 PM