I spent an hour of my time watching Mick Foley's WWE Network Special yesterday and found it to be very good indeed.

Cheap Pops, as it is called, was filmed at Full Sail University and it consists of Foley telling stories about his career.

I have read all of Foley's autobiographies and his fiction novels, so - being able to catch his stage show, albeit via the WWE Network, was cool.

It was an hour well spent. 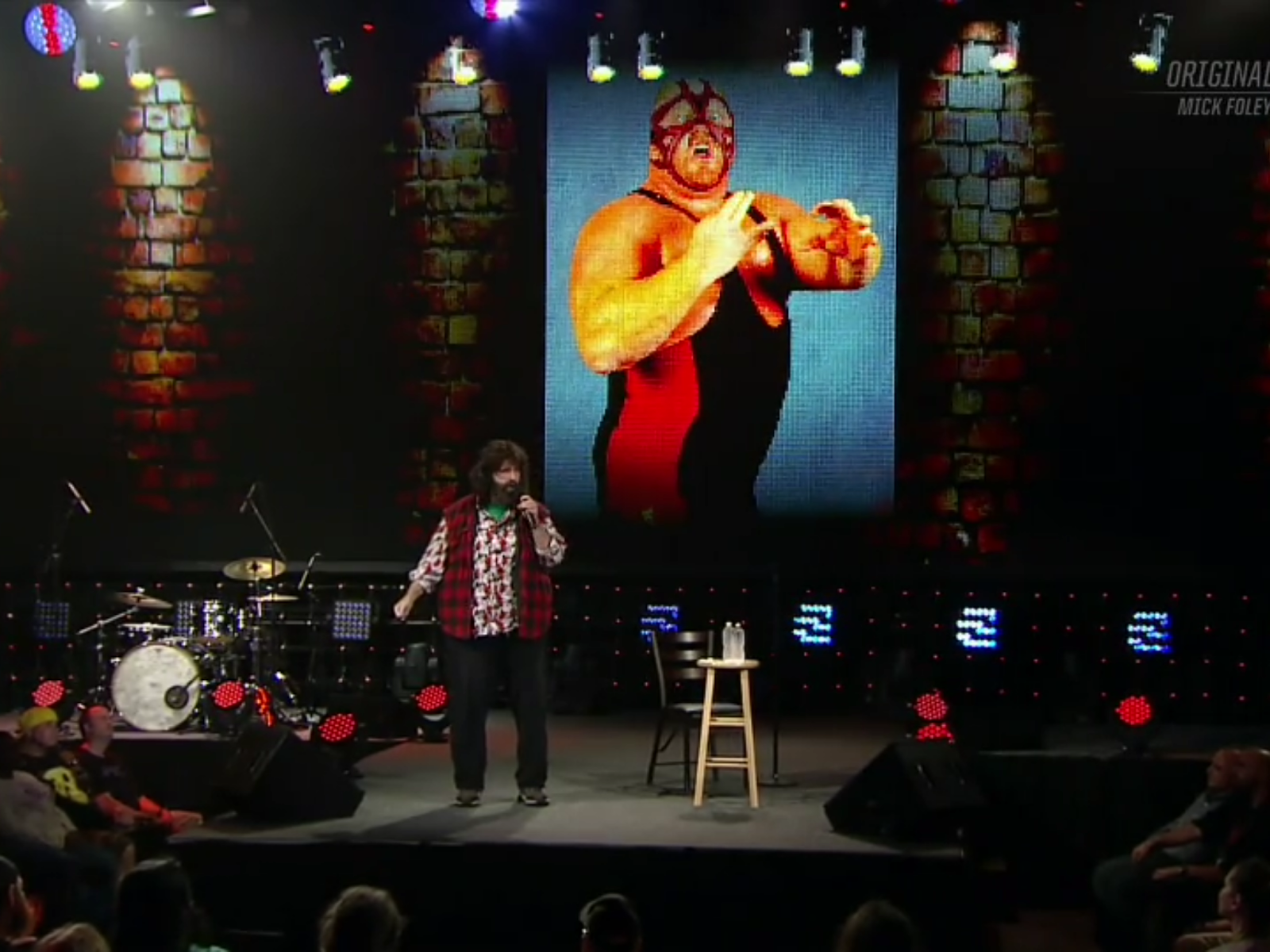 The WWE Network has been doing fairly well in regards to content lately. I haven't really had much time to catch up with everything on there, but will try and get my nephew watching episodes of Hulk Hogan's Rock 'N Wrestling over the weekend. It might prove to be a wasted challenge, though!

I used to watch the cartoon back when it was on Children's ITV on a Saturday morning (my guess is it was on Gimme 5, but might be wrong). It has recently been added to the Network. It's not the top of my watch list, but it is something I want to catch for old times' sake.
Posted by David Taylor at 12:00 AM