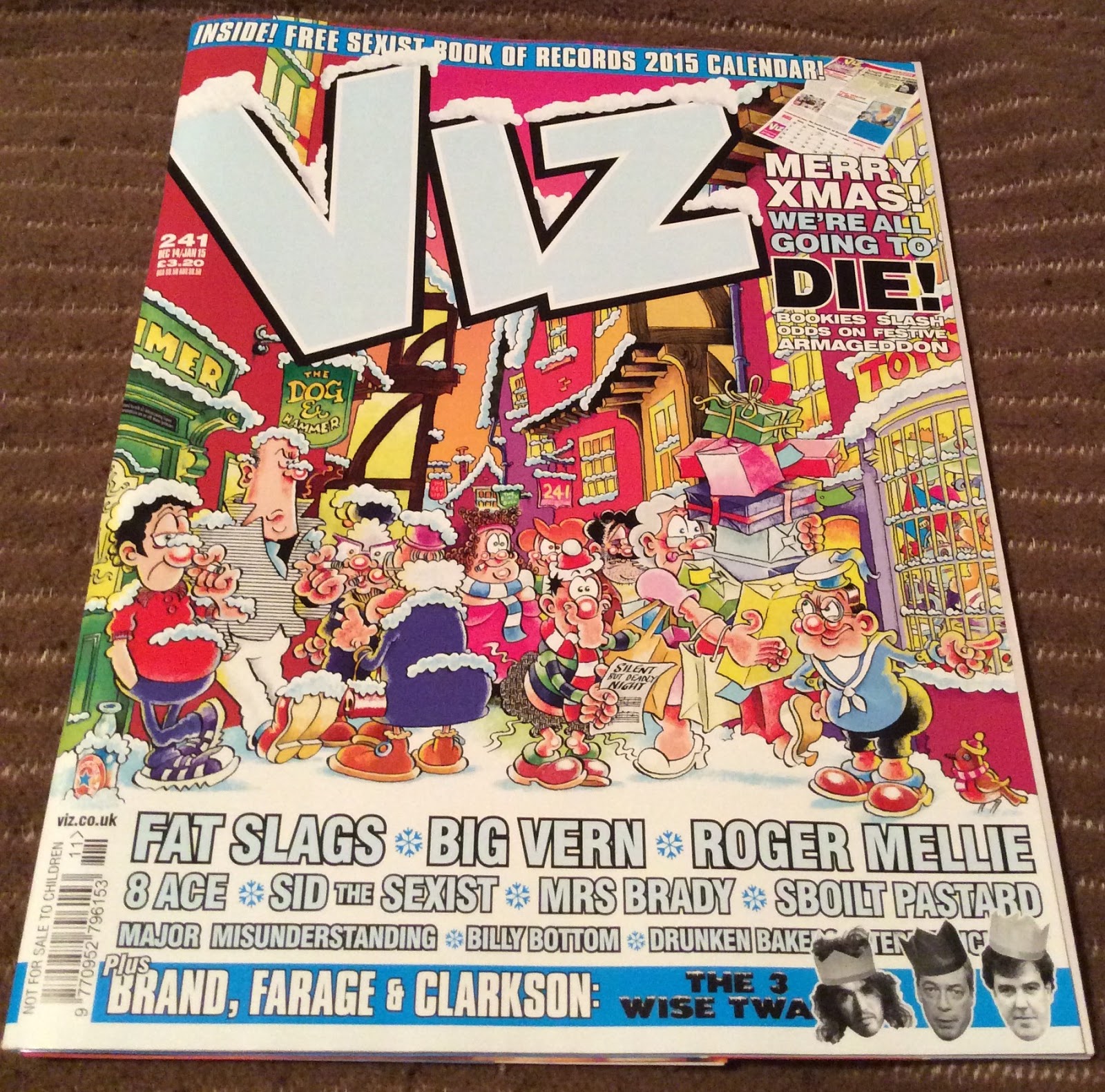 I went and done one of my Christmas traditions the other day - I bought a copy of Viz.

I've probably written about it in the past, but - when I was a teenager - I always used to buy the publication around Christmastime because there was a character in it that made me laugh.

Simon's Snowman was a adult version of Raymond Briggs' Snowman. He appeared in one issue in the 1990s and for a few Christmases afterwards, I would go out of my way to buy it hoping there would be another strip with him in.

He did show up about two years later. Haven't seen him since.

Anyway, a few years ago - I was in the shop and saw the Christmas edition of Viz on the shelf. I decided to relive the tradition and buy it. I have continued doing so for the past few years.

Still no Simon's Snowman, but there are some humourous comic strips and letters.
Posted by David Taylor at 12:00 AM