The Fire Phone will be released in the USA in July, I'm unsure when we'll get to see it on this side of the pond.

On first impressions, it looks quite cool.

There are two things that immediately interest me. They are the Firefly feature and the 3D display.

I'll start with the latter.

When I first heard about the phone a few days ago, the rumour going around said that the phone would have a hologram feel to it. I immediately thought something you would see on Star Trek. Instead, and from the pictures and videos I have seen, it looks like it's a dynamic screen where the picture moves with your own movement.  The picture below shows what I am on about. However, it doesn't really do it justice. 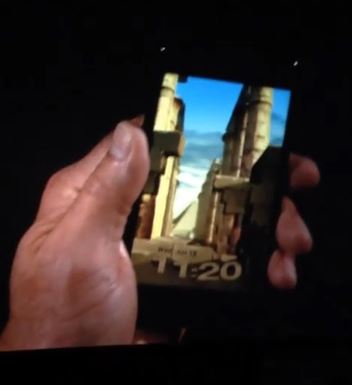 The Firefly feature enables the phone user to scan for information. It sounds like it's a far superior version of Shazam. For example, the user can use Firefly to get telephone numbers and make calls just by scanning a page with a number on. They can also get artist information when the button is pressed around music (like Shazam), but there's more. It also works when it's used during movies. Info from IMDB will be sent across when the button is pressed during a movie or television show.

I don't know if it will be good enough to make me give up the iPhone but I'm certainly interested right now.

As noted, I don't know when we'll see it in the UK Amazon store. It's already listed for sale on Amazon US, though.