I have received the past few annuals over the years. They all use the same format - dedicate most of the book to WrestleMania.

The 2014 edition has features that are specific to last year's event, which took place in New Jersey last April.


They have pictorials of some of the key matches from the event. They appear in frames as seen below:

The book also superstar pages with bits of information about some of the wrestlers currently on the roster, or rather were on the roster at the time of production. Seeing as it is a WrestleMania-themed book, I'm assuming this went into print in late spring to early summer.

As well as the info pages are quizzes, trivia facts (did you Know Hulk Hogan vs King Kong Bundy from WrestleMania II is the only cage match to ever take place at a WrestleMania? I guess Hell in a Cell matches don't count), crosswords, word searches and a colouring page where you get to fill in CM Punk and The Undertaker. 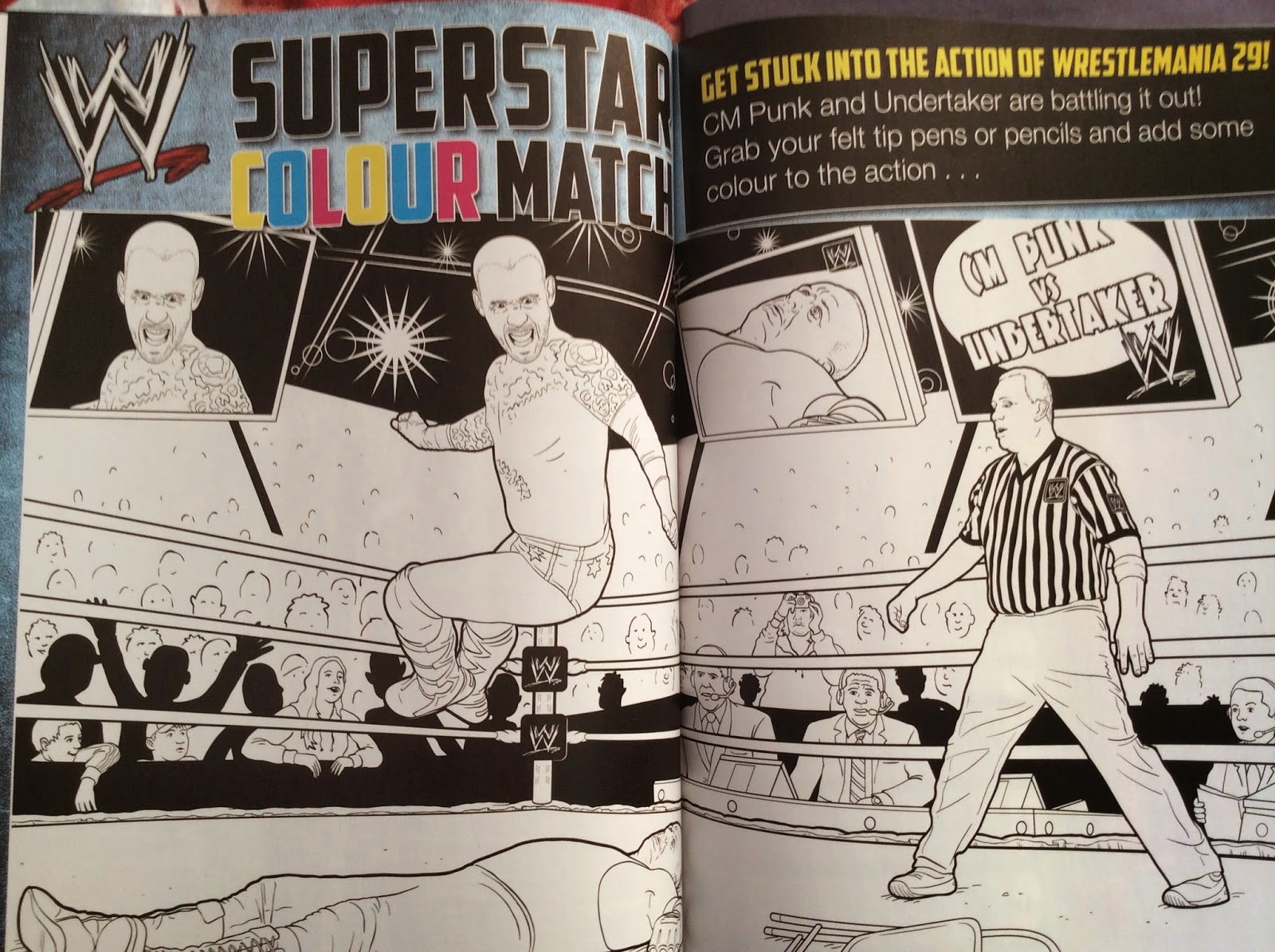 All in all, it's just what you would expect from an annual. Something for kids to read and entertain themselves with and for people like me to add to a  collection of WWE-related merchandise.
Posted by David Taylor at 2:00 AM