I have never tried Kellogg's Eggo waffles because - as far as I am aware - they have never sold the frozen waffles over here in the UK.

With that all said, I have - over the past few weeks - managed to eat other breakfast products Kellogg's have produced bearing the Eggo logo.

The first thing I tried was Kellogg's Eggo breakfast cereal. 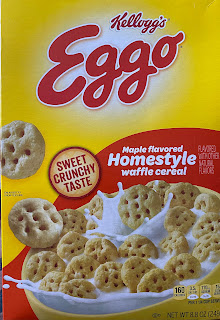 They cereal is shaped liked mini waffles (of course!) and tasted like maple. They were quite crunchy even near the bottom of the bowl before I finished off my breakfast. 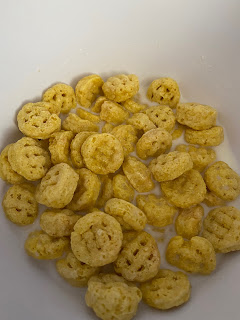 If I had to liken the Eggo cereal to anything I have tried before, I'll have to state that - when I was eating them - I couldn't help but reminisce about a cereal from the past.
It was Kellogg's Start. I first recall trying that cereal back in the 1980's. I recall buying a box or two from Asda  few years back. However, it has since been discontinued.
Start didn't have a maple flavour like the Eggo cereal. However, the texture, crunchies and experience sure reminded me of it.
Next up is something I tried yesterday morning: Pop-Tarts with the Eggo branding. 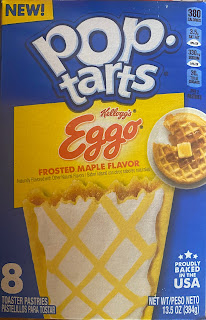 I am sure I've written on this very blog many times in the past that I have been a fan of Pop-Tarts since I was first introduced to them in 1987 by my American relatives. At the time, they were not available in shops over here in the UK.
They finally made their way to my shores sometime during the 1990's. And they're still here albeit with the traditional flavours only. I have to seek the zanier varieties in online stores which import them.
I very much liked the Eggo Pop-Tart. Just like the cereal, there was a maple taste to stick with the waffle theme. 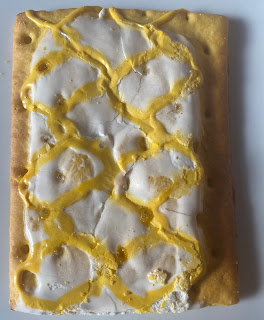 Now all I'd like to do is try the real products. What'dya say Kellogg's UK?!
Posted by David Taylor at 12:00 AM