I was looking through the TV guide on my cable box yesterday morning and noticed Larry the Lamb was about to air on Talking Pictures TV.

To steal - and adjust - a line from Obi-Wan Kenobi in Star Wars Episode IV: now that was a name I hadn't heard in a long time.

Back when I was very young, I owned a Larry the Lamb annual. So, I was aware of the programme. However, I couldn't recall ever watching an episode.

I gave it a go yesterday to try and trigger my brain cells. 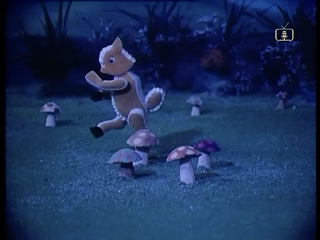 I tuned it and as soon as I heard Larry the Lamb talk, I knew for sure I had watched it before. I must have simply blocked it from my memory. Or, in layman's terms: forgot. 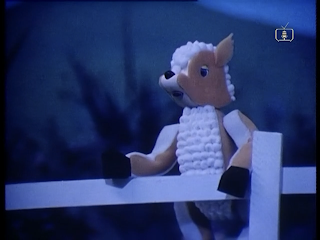 A quick look on Wikipedia reveals that Larry the Lamb aired on TV between 1972 and 1974. That, I suppose, was the first airings.
I must have watched it in the early 1980's because the annual I own was published for 1982.
Posted by David Taylor at 6:00 AM