WWE's event, scheduled to take place from the Principality Stadium in Cardiff on September 3rd, was given its name yesterday.

Clash at the Castle.

My initial thought was 'that's crap'. Now, with a little over twelve hours removed from first learning of the title, my opinion remains exactly where it was from the off.

It sounds rubbish because it's not really accurately describing the event. The show is not being held 'at the Castle'.

Cardiff Castle is a five minute walk from the Stadium. I suppose, or would rather bet the house, on WWE making the set - inside the venue - look like a castle. But that's a push.

It's like calling a show from any arena in London 'Battle at the Palace'.

Or am I being pedantic?

Cardiff Clash. The Clash in Cardiff. I just threw out two better names. In my opinion, of course.

Tickets are set to go on sale on May 20th. 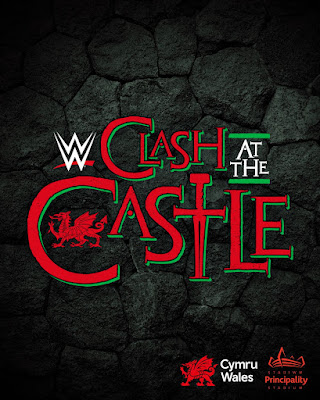