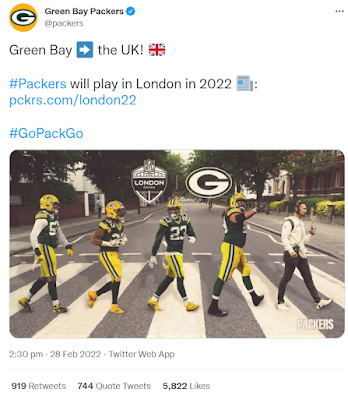 The NFL announced a big team for one of the three International Series games that will be played in London later this year.

The Packers are the only team in the league not to have played in London since the introduction of the International Series fixtures in 2007.

Now that the 'Will Green Bay ever play in London?' question appears to be answered, the next one is this:

Will Aaron Rodgers be there?!

The Packers' opponents - at Tottenham Hotspur Stadium -  have yet to be named.