It was only in March when I wrote about the passing of Ian St. John and mentioned how he, along with Jimmy Greaves, were kind of my introduction to following football on the television.

The pair hosted an early Saturday afternoon programme on ITV called Saint and Greavsie. I would watch it all the time at my aunt's home because it would be on before some of the series' like The A-Team and Airwolf would air.

I've been thinking a lot about those Saturdays at my aunt's flat recently. Especially just the other day when I noticed that Playmobil has brought out an A-Team Van. So, it came as a slight surprise when I learnt of Jimmy Greaves' passing yesterday.

Even though - due to age - my memories of Greavsie will be from his association with Ian St. John long after their respective playing careers, the legend is greater than that.

He still holds Tottenham Hotspur's all-time goalscorer record after hitting the back of the net two hundred and sixty-six times in his three hundred and seventy-nine appearances for the club.

Harry Kane is in second-place with 223 goals, but - seeing as the current England captain has tried, and failed, to navigate his way out of Spurs during the most recent transfer window - it would not surprise me to see Kane move on in January or during the summer of 2022.

The bottom line is this - I believe Jimmy Greaves will still be number one on that list for quite some time. 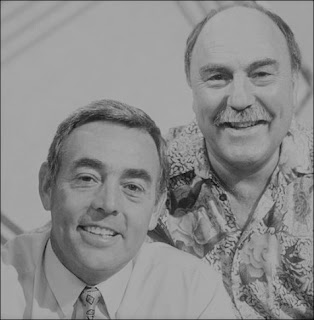