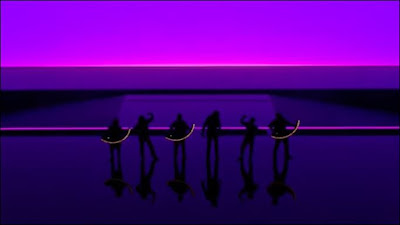 Here's a sentence I rarely write, but I am going to today: I have had a bet on tonight's Eurovision Song Contest.

I was browsing Twitter on Thursday night and came across a tweet from somebody who was talking about Iceland's entry. I happened to click on the short video showing the group's song and thought it was catchy.

Before placing the bet, I looked up some more about the act (called Daði og Gagnamagnið) and it made me even more sure there was a chance they could win tonight.

One of the members of the group failed a Covid test earlier this week. As a result, they'll be unable to partake in the live show. However, they have progressed to the final because their rehearsal video has been well received.

The same video will be used tonight as the entry.

I'm hoping there will be viewers out there who will also feel compelled to have a vote because of the situations the group has found itself in.

Pundits thought Daði og Gagnamagnið would win last year's contest, which ended up being nixed due to the pandemic. Now, after finally making their way to this year's contest - with a new song to boot - the members will spend the night in isolation.

There could be a silver lining, though. One I hope will work out for them.

Winning tonight's contest would give them the opportunity of a live performance at next year's show as the host nation.

My fingers are crossed.