Random Story Of The Day

One of the ITV channels was on the television when I walked into the room this morning. I don't know which one it was, but it was either the third or fourth station.
Anyway, The Saint was on.
I've never really watched the series despite Roger Moore being my favourite James Bond. Just by viewing it, you can see a bit, nay - a lot, of Bond in Moore's Simon Templar.
But that isn't why I am writing about The Saint this morning.
I caught a minute or two of another actor in the episode that was airing. The top of his head was bald with grey hair around it. When he spoke, I recognised who he was. 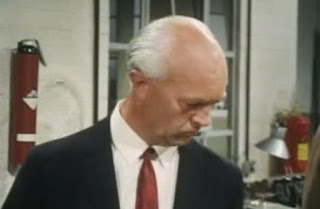 It was the actor who played Mr Griffiths - the caretaker in Grange Hill during the period I liked the series the best - the 1980s.
I was quite surprised at his head. That episode of The Saint must have been made plenty of years before Grange Hill so he had the aged look - that he had playing the old caretaker - early in his life. 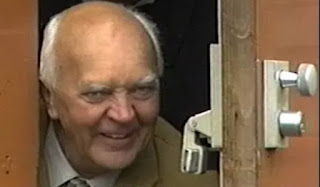 A look at IMDB points to 1969 being the year that the episode was made. George A Cooper began working as Mr Griffiths sixteen years later.
Cooper passed away, at the age of 93, in November of 2018.
Posted by David Taylor at 10:03 AM