Do you recall last August when I 'queued' up online to get my hands on a limited edition orange chocolate flavoured Cadbury's Twirl?

Well - I have once again taken part in a promotion for the chocolate bar.

On Sunday of last week, I found out that Orange Twirl is returning. This time, however, the company is bringing it out for good.

To coincide with the release, Cadbury did a promotion in some of the United Kingdom's main cities and one of them happened to be Cardiff.

Seeing as we're on lockdown, Cadbury did something different to handing out the bars in the city centre. Each day, people in that day's city (as long as they were in a 2.5 Mile radius of where Cadbury's promotion team was based for the day) would have to tweet the Cadbury's UK Twitter account using a special hashtag between 8AM and 10AM on the specific date . For Cardiff, it was yesterday and the hashtag I had to use was:

A couple of hours after doing that, I received a direct message from the Cadbury account. It asked me to email my home address and other information over to them.

Later that day, I received an email to thank me for sending across those details. It went on to inform me that two Twirls would be delivered to my home by the end of the day.

Shortly after that, a lady - decked out in an orange and purple uniform - knocked on my door with a box containing the treats. 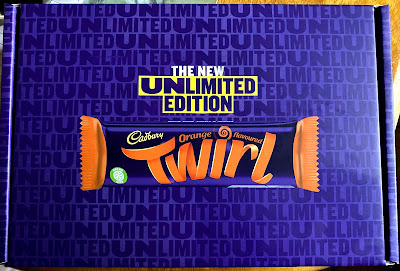 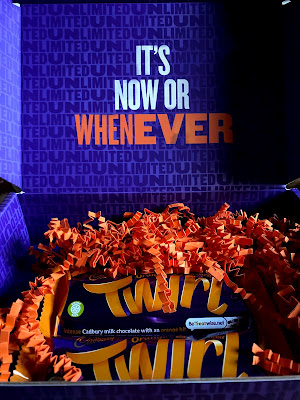 Both of those Orange Twirl promotions were fun to get involved with. Now that they're 'Unlimited Edition', I doubt there'll be any more promotions for that chocolate bar.

I'll just have to keep an eye on what the company will market next!