My Uncle And A Cast Of Minor Characters With Major Roles

A few days ago, I wrote about the passing of Curt Hennig, who died eighteen years ago this week. In the post, I mentioned that 'I remember that week well' because - three days after Hennig died - my uncle followed him.

One of the many things that flashed through my mind in the hours after hearing the news of my uncle's passing was how much of a coincidence it was that Hennig died a few days before he passed. Why? Well - I watched my favourite Mr Perfect match - his SummerSlam 1991 bout with Bret 'Hitman' Hart - at my aunt and uncle's home that summer. I remember sitting in their giant lounge room, with my dad and uncle, as we watched that event.

It was the only PPV I ever watched with my uncle, so I'll always have that memory.

Every February 13th, I write about him. I'm sure I've shared the SummerSlam 1991 story before today, so I'll close this post with a couple of  random memories that have once again flooded back within the last year.

As I've written before - my uncle owned a videotape rental business back in the early-80's when video renting was a big deal. Sometime last year, whilst browsing through a website that lists the titles I can find on Disney Plus and came across this image: 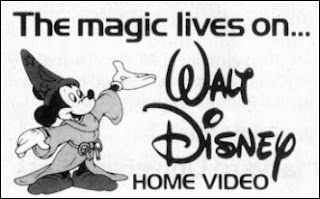 I remember seeing this picture stuck to the side of the Disney videocassettes my uncle had in his shop.
It reminded me of someone who worked for my uncle. Her name was Linda and I recall spending a few hours at the shop with her on our own one day. This was possibly around the time either when my mother was pregnant or my grandmother was dying so the lady said she would look after me when nobody else could that day.
The main thing I do remember about the few hours she babysat me while working is she put on a Disney film to keep me entertained. All I recall about the movie is it had Jiminy Cricket in it, but it wasn't Pinocchio or Mickey's Christmas Carol.
Sometime within the last year, with my Disney Plus subscription, I decided to look up other films with Jiminy Cricket in to see whether it would trigger my memory some more.
And it did.
I found the film. It's called Fun and Fancy Free. It came out in 1947 and is a compilation of two stories. Jiminy Cricket was in the first story. It started off just as I remembered it - with the cricket singing a song while travelling across water on a leaf.
Now - here's where things get even more funny as it pertains my memory.
The second story, in this film, is Mickey and the Beanstalk. Realising this, while trying to find out which film Linda put on for me, uncovered a memory of my uncle that must have been locked away needing Disney Plus as a key.
That day began with me walking into the shop with my uncle. I was carrying a book. Linda asked me what it was and I told her.
Mickey and the Beanstalk!
I remember she told my uncle that he had the film and went out the back of the shop, returned with the cassette and that's when she put it on.
And there's more.
Another person who worked at the shop - this time a male - used to talk to me about Star Wars. One day, I had gone to see Return of the Jedi at the cinema. He told me that he had seen it on video. Even at four years old I questioned how he had seen it as it hadn't been released yet.
Anyway, the next time I saw him, he gave me my own pirate copy of the film. Looking back, I think that is cool. With that said, I'm glad he didn't give the film to me beforehand because Return of the Jedi was the first movie I watched at a cinema.
It's nice having ROTJ as the film I can credit as being the first movie I watched on the silver screen.
So, yeah, today is the eighteenth anniversary of my uncle's passing and today's tribute post includes two other characters. However, I would not have met them - nor would I have the memories to recant - had it not been for my uncle being the main star in the two stories.
Posted by David Taylor at 11:32 AM