When I found out that Diego Maradona has passed away, one of the things I said to my friend - who broke the news to me - was that I was keen to see what headline the tabloids would have on Thursday's front page.
I was sure that they would go down the 'Hand of God' route. The British (English!) press has spent the past thirty-four years going on about Maradona's handball against England at the '86 World Cup completely ignoring the wonder goal the Argentine also scored against the Three Lions in the 2-1 win.

It would be foolish of me to boast, because it would have been a complete surprise if The Sun hadn't ventured into the 'Hand of God' direction, but here is what the tabloid ran for Thursday's edition. 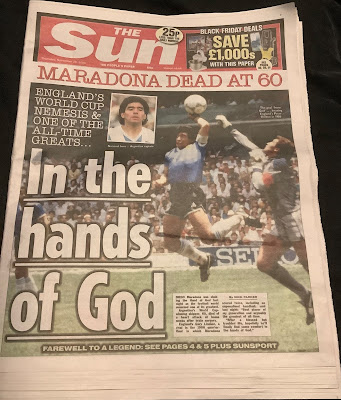 'In The Hands of God' is what the newspaper went with. Very predictable. The back page also had a tribute to the player with words from another legend - Pele. It read 'One day, hopefully we'll kick a football together in the sky'. 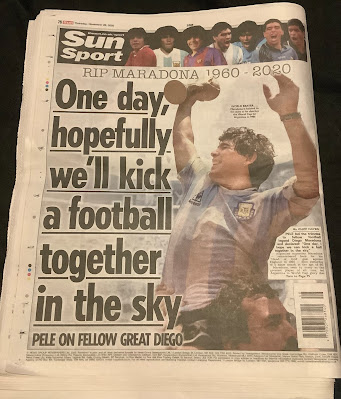