Another Star Wars Holiday Special Is Coming To Town

On November 17th 1978, while the world was gripped by the first wave of Star Wars fever, the American broadcaster - CBS - aired the first spin-off from the movie series.
The Star Wars Holiday Special featured most of the cast of the original Star Wars movie. They were joined by celebrities like Bea Arthur, Art Carney, Diahann Carroll and Jefferson Starship. 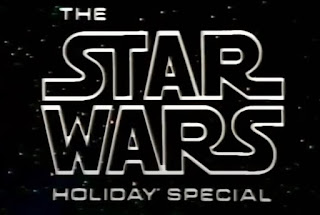 It starts off with Han Solo and Chewbacca being chased by the imperials as they are on their way to visit Chewie's home planet - Kashyyk - to celebrate 'Life Day'.
They eventually get to the planet. The viewers at home are then introduced to Chewie's family.
To cut a long story short, the 'film' was critically panned with a lot of Star Wars fans also aboard the hate train.
Some would say that the only positive, or rather interesting, thing about the special is fans were able to get their first glimpse of cult baddie - Boba Fett - who appeared in a cartoon which aired during the special.
There's a very good reason why I'm writing about this special today.
Look what's coming to Disney Plus on November 17th. 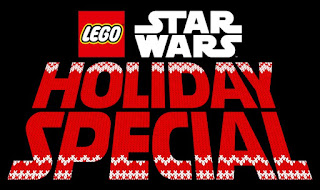 Yes, forty-two years to the very day since the Star Wars Holiday Special aired, the streaming service will premiere an animated Star Wars Holiday Special.
And a Lego one at that.
I've read a little bit about it and they seem to have the fun you would expect from a Lego Star Wars product.
'Set after the events of Star Wars: The Rise of Skywalker, Rey leaves her friends to prepare for Life Day as she embarks on a new adventure with BB-8 to gain a deeper knowledge of the Force. At a mysterious Jedi temple, Rey finds herself hurled into a cross-timeline adventure through beloved moments in Star Wars cinematic history, coming into contact with Luke Skywalker, Darth Vader, Yoda, Obi-Wan Kenobi and other iconic heroes and villains from all nine Skywalker saga films. But will she make it back in time for the Life Day feast and learn the true meaning of holiday spirit? You'll have to watch to find out!'
My personal experience of Lego Star Wars is from playing some of the the video games. They're quirky and it appears to me that the Holiday Special will be just like that.
I am certainly planning on watching this. If I do, I'll write about it in the Diet of Christmas Films post for Christmas Day. I watched the original Holiday Special and wrote about it during Christmas of 2015.
Posted by David Taylor at 12:00 AM