In a post published yesterday, I wrote about betting on virtual American football games. I thought that I would return today with a different US sport seeing as it's July 4th.
So, just like yesterday, I'm going to have 10 bets on a virtual US sport. This time the game will be basketball.
I don't really know much about the sport, so this might turn out to be a washout.
Cleveland @ San Antonio
I have backed Cleveland +9.5. 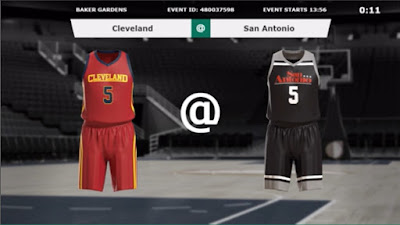 The final score was Cleveland 91 San Antonio 96. A win!
New York @ Orlando
I have sided with the totals here and gone with Over 215.5.
The final score was 110-132. Another win.
Cleveland @ Chicago
I've backed Chicago as -3.5 favourites.
Yet another win as Chicago won 117-97.
Houston @ Otlando
I've bet on Under 213.5 in this one.
Houston won 112-109. My first loss!
New York @ Philadelphia
New York +13.5 was too appealing to pass up. Yes, I know close to zilch about basketball betting, but that line seemed too high to my eyes.
102-98 to New York!
Portland @ Boston
Here's an intriguing one I've gone for. the total score to be between 185 and 189 points. It was 25/1.
Portland won 105-100.
I kind of knew this would be a loss.
Cleveland @ San Francisco
I've taken the Cleveland team as +14.5 underdogs.
114-93 to San Francisco. Loser!
Philadelphia @ Los Angeles
I'm going with the Under 211.5 in this game.
106-92 to Philly. Back to winning ways.
Boston @ Portland
I've bet on Portland as -1.5 favourites.
Portland won 102-95.
Final game..
Orlando @ Chicago
I was tempted to back Chicago -1.5, but - in the back of my mind - I have a feeling Orlando will cover. Therefore, I'm taking Orlando to win on the money line.
The final score was 104-96 to Orlando, so my instinct was spot on.
Final Thoughts
Virtual basketball gambling is obviously similar to the American football one I played yesterday. Therefore, I would state the same as I did yesterday: it's fun for small stakes on rare occasions, but nothing more than that.
I prefer the American football version because that's the US sport I enjoy betting on the most.
For these ten games, I ended up with thirty-two pence more than I started off with, so that was a bonus. I think.
Posted by David Taylor at 12:00 AM