Eagles Not Going To The White House

Ugh, I checked in on the NFL coverage this morning and - apart from the passing of Dwight Clarke - the main story is about this year's Super Bowl winners, the Philadelphia Eagles, not going to the White House for what is a tradition.

Only a few players were willing to attend. President Trump - or his advisers - decided to cancel that part of the event. He announced this by sending out the following tweet: 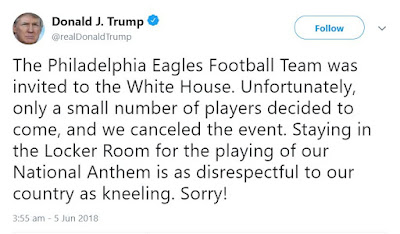 And then this earlier today: 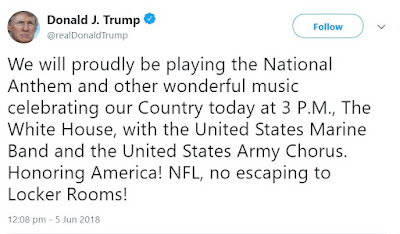 I've said it once, and I'm sure I'll say it many other times.

Only in America.
Posted by David Taylor at 2:39 PM