Goldberg Is Your Champ 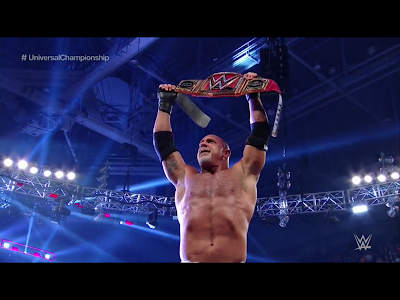 It was crazy to see how the Internet reacted to the victory over Kevin Owens. Many were annoyed by WWE's decision to crown Goldberg.

Me? I wasn't fussed. It's a business. I understand that this is what the company wanted so I don't get angry about their business decisions. I'd rather worry about things that matter.

Kevin Owens will have his moment again. There's no doubt in my mind about that.

Goldberg will now defend the strap against Brock Lesnar at WrestleMania 33. It will end with Lesnar as champion.

By the way - looks like I had one of my predictions for 2017 correct. I guessed he would become the champ by SummerSlam. I'm amazed they did it so soon, to be fair.
Posted by David Taylor at 12:00 AM