I have to admit, I hadn't been paying much attention to the news of Nintendo's latest device over the past few months or so. I had seen the NX mentioned here and there, but more or less figured out that my days of wanting another console were behind me.

The working title of the Nintendo NX has now been revealed as the Nintendo Switch. I saw the first trailer for the console shortly after it was released. 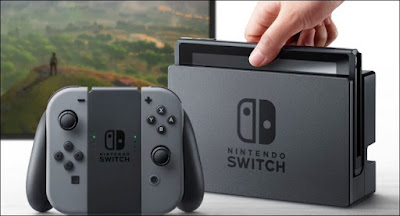 The Nintendo Switch will be a console that you can play on your television and then can take it out from its frame to reveal a tablet so you can continue playing the game when you're out and about.

What sold it for me is they have Zelda and Super Mario Bros. games coming out for it. From the short clips in the trailer, they look great.

The cost hasn't been announced yet. If it's too far above the range I am willing to pay, I'll hold off and wait a while to see if the price dips.